Apparently I now have a claim to fame, thanks to several of my friends who have posted this picture on FB for me (and thank you because I’ve laughed out loud every time). 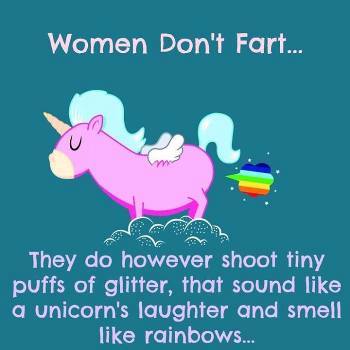 “…you like me, right now, you like me!” (did you know she was actually making a joking reference to a line in Norma Rae?)

I have recently been a rainbow farting unicorn, a caticorn, a giraffacorn and some others I’ve forgotten.  I strive, but as you know from the boot tossing incident I tend to fail frequently.  Sometimes when I fail I don’t feel like getting up any more.  Then I have to fight my brain and sometimes that is hard.  I’ve talked a bit about being a depressive.  Maybe if you are a person who does not struggle with depression you might think that depression is a feeling of sadness.  Like, I’m so sad, my grandma died.  Or like, I’m so sad, I just lost my job.

These are definitely things to be sad about, since both have happened to me I know, and you would be sad about them for a while, until the happy memories of grandma dulled the edges of the sadness, or until you found another job and realized maybe it was a better job anyway and nannernanner doo-doo head to your former boss.  Even the incredible breath-taking-hole-in-the-middle-of-your-chest sudden death of a sibling or parent still dulls over time, the sadness fading to a sorrow of loss, unless you cannot process grief properly.

Maybe depression should be renamed nothing-sion.  As the years have passed and with medication and counseling and falling down/standing back up I think I am in a much better place than I was 25 years ago.  It helps that I am not exhausted by working and parenting four kids, I am no longer at the mercy of raging hormones monthly, I have time to rest if I need and I have much less mental input throughout the day that I have to process (7am, bus arrives at 7:10:  “I need to bring an orange t-shirt and twelve cupcakes to class TODAY!” “Honey, did you get the dry cleaning?” “WE DONT HAVE NO CHEEEERIOSSSSSSSS” scream the 4-year-olds as the dryer DINGS the end of the first of six loads).

I still fight it every day though.  It’s insidious and difficult to catch, little ziiiiings of feeling … nothing.  Just nothing.  A hole of meaninglessness.  So you have to ignore it, you have to think about something else and you have to do that with a brain that doesn’t want to.

Thank God, medication got me to at least 80%.  Maybe 90%, it’s hard to determine since it’s not quantitative.  The rest of it is thinking.  Thinking about thinking.  Thinking of something nice or happy or funny to break through the Wall of Nothing that sits between my brain and my eyes looking out at the world.  Sometimes when I’m on a run I completely feel.  I feel.  I feel the sun, the breeze, I feel life and I feel connected to the ground and the sky and the world and it seems to matter and exist and have meaning, and I forget about the Nothing for a while.  Which is likely why I threw the boot.

My counselor gave me a book years ago, “Learned Optimism” which was an incredible help.  I actually pulled it back out the other day but haven’t gotten started on it yet since I found a new Anne Rice novel that has me intrigued.  In this book I learned that you cannot change a feeling, but you can change the deeply ingrained and habitual tiny little thought that zings through your head the nanosecond after something happens which then causes the feeling.  It takes some work to find the little words, I kept a notebook for a while which helped. “AH sh*t” “it always” “they never” “what’s it worth anyway”.  This might help anyone as we all have the thoughts, depressive or not, and most of us are not aware of the little zing.

Part of the trick is to get that switch in my brain toggled to “on”.  And that is where the rainbow farting caticorn comes into play.  If I were a rainbow farting caticorn I would be an awesome being.  I would be unique and I would have a purpose and reason for being.  (I know, we all are and do but depression tells me there is nothing, and while I know it’s lying, it sometimes lies very convincingly).  So I take the RFC and consider what it would do in a particular situation.  It would rise up and be awesome is what it would do, because by reason of being an RFC it automatically assumes awesomeness.

This post has taken a very different turn than I expected when I started out, intending to laugh about Caticorns.  I’m going to let it stand, however, because maybe this happened for a reason.  Maybe someone out there feels the same way and maybe they can think about being a RFC too.

Lastly, please don’t try to ‘cheer’ me up – it’s not necessary or needed, I’m fine.  And it doesn’t work anyway, it’s like telling someone with no arms to open a present.  Let them figure it out, they’ll be OK.