Archive for the tag “treadmill”

I found this online, it’s a t-shirt, in case you’re feeling nostalgic.

And take that, weather.com.

(Before you have a heart attack, Mr. Rogers is playing “Where is Thumkin”.   This made my day even though it took several minutes to quit choking from laughter when I first saw it.  I love Mr. R, gentle soul.)

Anyway, I’m so happy, I can’t stand it.  Brain decided to make use of visiting rights and showed up for a while yesterday, struggling to make itself heard thought the 87 pounds of snot muffling everything in my head.  I’m sure it wasn’t easy for Brain.   I think of Indiana Jones fighting his way through many adventures.

Brain 1 frequently feels this way.  “OMG don’t look,” it thinks, watching me come up with yet another great idea, like going for a run in four degree weather, with only half of my lungs showing up for work today and the aforementioned snot.

“HEY, let’s have some more coffee!” Brain suggests to distract me, so off I trot to the Shrine, happily perusing my little stash, rubbing my hands together, chortling.

OK, you have to admit that’s pretty random and funny.

So instead of running outside I got to Killer’s early and did a couple miles on the treadmill (Mocca Chocolata Ya Ya Creole Lady Marmalade circling, stuck in Brain).  Then Killer lived up to her name, trying to kill me and my co-training crazy friend whom I shall refer to as … um, “Brenda”, who is looney enough to also enjoy working out with Killer.  “Brenda” was a bit put out when Killer informed us that I would not have to do the 2nd plank and would do some upper body instead.  I stuck my thumbs in my ears and waggled my fingers behind Killer’s back Nanner Nanner!  “Brenda” stuck her tongue out at me.  Killer showed me what I would be doing.  “Brenda” very childishly stuck her thumbs her ears and waggled her fingers.  “HA!  You thought the plank was tough!”

Brat.  Dammit.  And then Killer made me do another plank anyway.

Now I’ve had a lovely lunch, the sun is shining, we have a heat wave of 25 degrees (feel like temp 20) and weather.com did not have any additional comments at this time.

So – that’s it.  You just wasted 5 minutes you’ll never get back, perhaps four if you read fast.   GET BACK TO WORK. 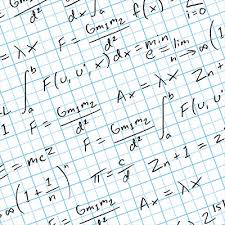